According to Headspace Report  on mental health at work, employees in 2021 feel that mental health and well-being are less of a priority in their organizations compared with 2020. The research shows that while 60% of business owners say well-being is a priority in their organizations, yet only half of their employees agree. As the company says, ‘“Bringing your whole self to work” has taken on a new meaning. Our whole selves come with the stress, anxiety, and uncertainty that shapes our daily life.’
We’ve already advised about the trend of sustainable work and how it is entering into the companies’ culture: as the World Mental Health Day is coming, we highlight the top 5 trends that are reshaping the way companies and workers approach mental health in the zettabyte era. 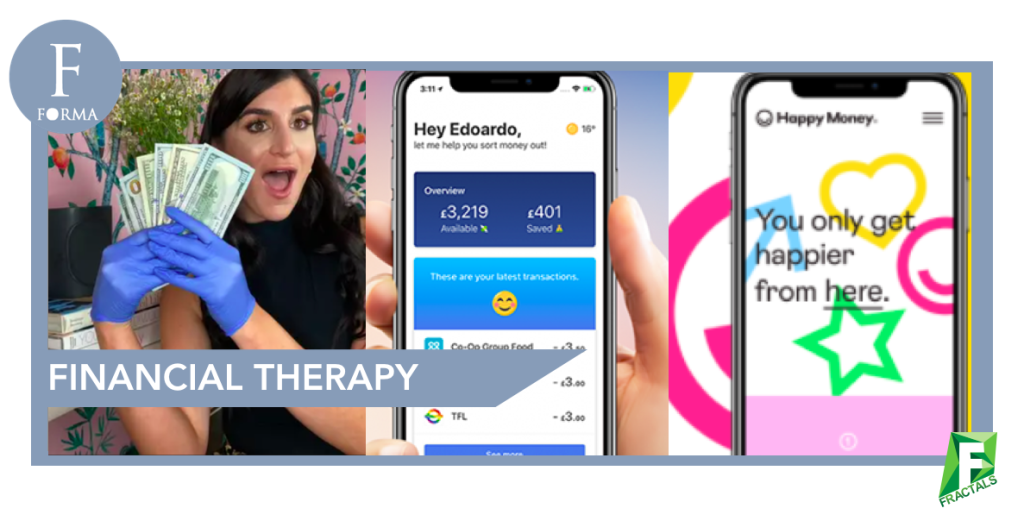 Money is one of the first concerns when we think at our jobs, especially nowadays.
Several companies are starting to support employees with financial therapy, a coaching approach that merges finance with emotional support to help people cope with financial stress.
Nicolle Osequeda, a Chicago-based financial therapist, told Fast Company that “there is a lot of emotional, historical value tied into money and our relationship with money, and we need to talk about those things before someone can make changes or follow a plan”.
In tandem with this more holistic approach to financial advice, money coaches (also known as finfluencers) and financial services that take into account the emotional aspects of money are spreading on the internet, like Happy Money.  The company says it “helps borrowers become savers” and its founder and CEO, Scott Saunders, told that its research found “about a third of millennials have the equivalent of PTSD-like symptoms from their finances”.  Paypal itself is shifting from  payments-only utility to a proper finance app: the last update includes a partnership with Synchrony bank to release savings account  titled “Paypal savings”. 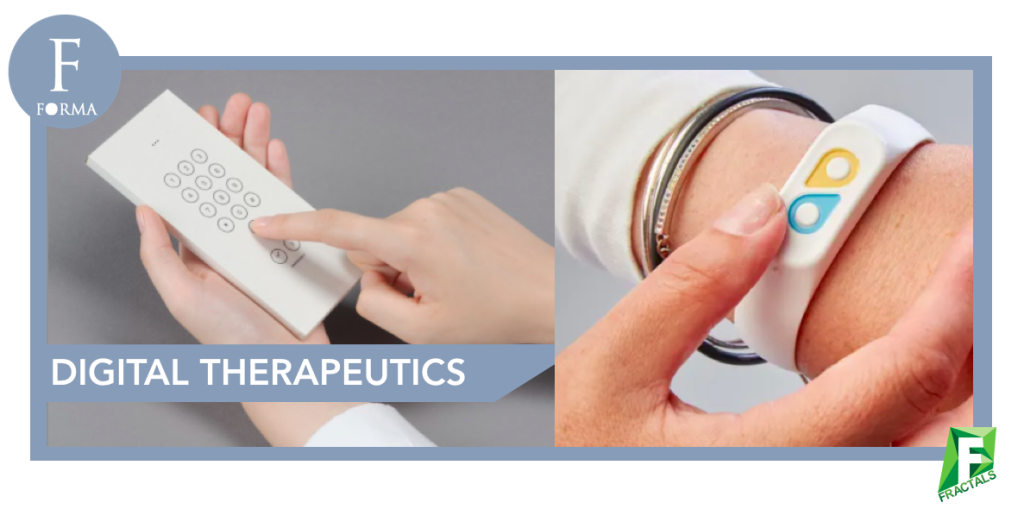 In this pic: Google Analogue phone/Moodbeam

While “social media addiction” is not currently included in the “Diagnostic and Statistical Manual of Mental Disorders,” everyone knows about the dopamine effect provided by the digital environment. The Facebook/Instagram/Whatsapp down have forced us to take the first very social media break, something that in 2016 was known as “digital detox”. Digital wellbeing boom happened in 2018, and seems to have gone mainstream now, but for many people it’s still an underrated issue. Apart from addictive qualities of social platforms, people are also experimenting the stress caused by privacy leaks: as cybersecurity keeps being one of the top priorities for companies of all sizes, terms like digital diet and cyber hygiene will be every time more related to one’s mental health.  Social Media Platforms are already encouraging a savvy use of technology and AI will be the principal ally to detect mental health conditions based on social media information rather than on an in-person verification. For the same reason, digital tools like wearables, chatbots and apps can play a useful role in addressing mental-health challenges in the workplace. In a recent research, Mc Kinsey highlights how digital solutions can offer therapeutic approaches or support positive behavioral change on a large scale, especially because many people are not aware of their mental condition and aim to resolve their mental struggle by themselves. 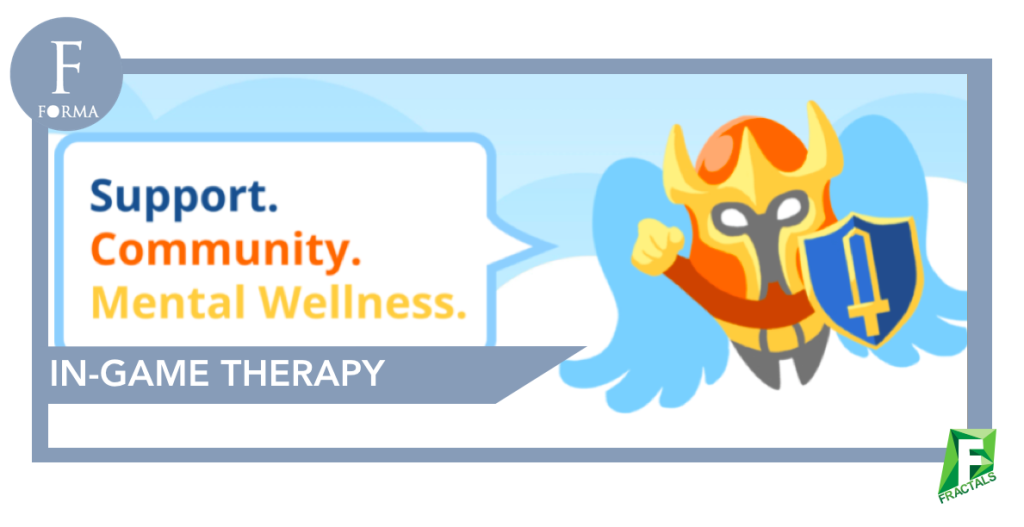 There is every time more evidence that commercial video games, typically used for entertainment, will help to alleviate depression and anxiety. Video games tend to be more affordable and accessible than traditional mental health services, which may help more people get essential care, and are increasingly used to improve emotional wellbeing.  One of the biggest benefits of the use of gaming in the workplace is improved collaboration and team building skills. There are also positive benefits for employers as well, such as increased productivity and a better mental health condition. In one recent study by Brigham Young University, newly-formed work teams who spent time playing video games together for just 45 minutes saw a 20 percent increase in productivity on subsequent tasks. Another study, done by Microsoft, found that 84% of people agreed gaming has positively impacted their mental health over the past year, while 71% said gaming helped them feel less isolated.
Another interesting direction it’s the strong focus on combating stigma and increasing support for mental health in the gaming community, with initiatives like Take This, a nonprofit based in Kirkland, Washington, or the in-game therapy conducted on Twitch by Dr. Alok Kanojia, founder of Healthy Gamer. 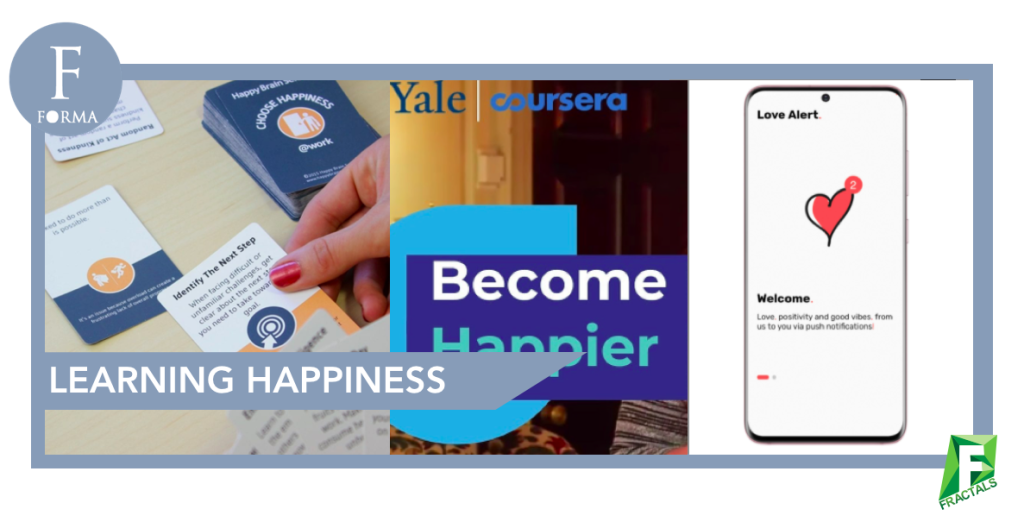 In this pic: Happyoffice.nl/Yale/LoveAlert app

Western neuroscience has now confirmed what Eastern wisdom has known for a long time: happiness is a skill we can learn. Research shows that happiness, compassion and kindness are the products of skills that can be learned and enhanced through training, thanks to the neuroplasticity of our brains. While the research of good news is showing no sign of slow down, happiness training is entering the company culture a proper role, like the Chief Happiness Officer, and dedicated solutions like the program offered by Happy Office.
Happiness courses are a trend itself, as you can read  in our dedicated trend-alert.
There are also apps entirely built around the concept of happiness, like Love Alert app, which once installed push the users with positivity nudges in the form of motivational quotes every day. 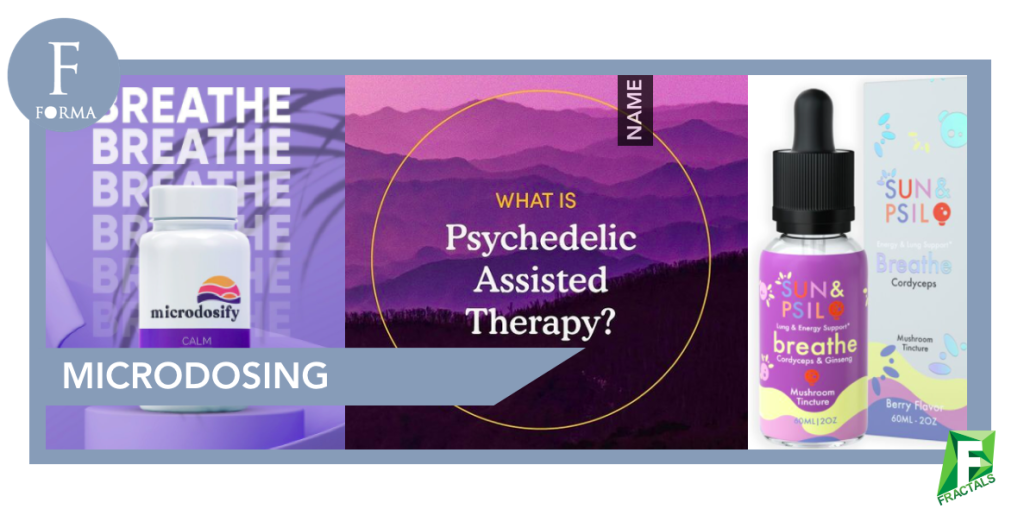 Microdosing involves regularly consuming a small amount of psilocybin mushrooms or LSD. It seems yesterday when Rolling Stone reported that LSD micro-dosing was “the hot new business trip”, with the praise of corporate warriors like Steve Jobs, but this approach is estimated to reach the tipping point in the next 5 years, as the legal barriers concerning use of psychedelic are being erased (MDMA is expected to receive FDA approval in 2023, psilocybin in 2025). According to VICE, the latest US data shows the highest rates of psychedelic use among college students since 1982 while in the UK, use of hallucinogens is at the highest rate since the mid 2000s. A special psychedelics report by the Global Drug Survey (GDS), the biggest drug use survey in the world, has found the number of people using LSD, magic mushrooms, DMT and ketamine doubled between 2015 and 2020.
Developers, mathematicians and data engineers from major corporations and California unicorns are still behind the shift from caffeine to mind-altering substances, but several solutions are borning around this concept, from medical grade products up to retreat concepts like ​​Field Trip, which offers psychedelic therapies for those struggling with depression and other conditions.

Employers seeking to improve the well-being of their teams will benefit from learning about the solutions available and identifying suitable examples to integrate into their wellness offerings and perks in the workplace.
Employees can rely on a great variety of approaches to become more aware of their relationship with the whole concept of “working” and take effective actions to preserve their balance.
Trends apart, we suggest you to start taking action today or in the near future, because mental health is a topic of primary importance especially in the context in which we live right now.

Look for a dig-deeper on this topic? Contact us for a personalized report!