Tones of pop red add a splash of vibrancy to menswear runway looks.

Red emerged as one of the trendiest colors for men back in 2015, and it has been on the rise in menswear since 2018. The hue was present in most S/S 2020 collections, and it was everywhere also at the recent AW 2020-21 runways: here, it has been used by designers in both head to toe looks and (more interestingly) in minimal highlights that contrast with neutral shades, adding some brightness to darker outfits.

Red and Blue is the coolest combination for the next season, and it’s already set to become the new black and white.

The most interesting approach to the color, though, comes from incorporating small flashes of red into the outfits via accessories and detailing, in solutions that can be much more easily translated to everyday use.

Used in ties, gloves, socks, hats and bags, in high neck t-shirts partially hidden by blazers or in geometrical details, designers inject life into both smart and casual looks by putting bold accents of red into dark, neutral backdrops.

We saw the trend at Prada, Pronounce, Stephan Cooke, and Telfar, among other.

Per Gotesson smartly hidden it behind a strong use of layering, while 8on8 mainly concentrated it on the bottom part of the outfit.

Valentino, Givenchy, Loewe and Marco De Vincenzo used subtle touches of red to give an unexpected twist to outfits dominated by tones of black and grey. 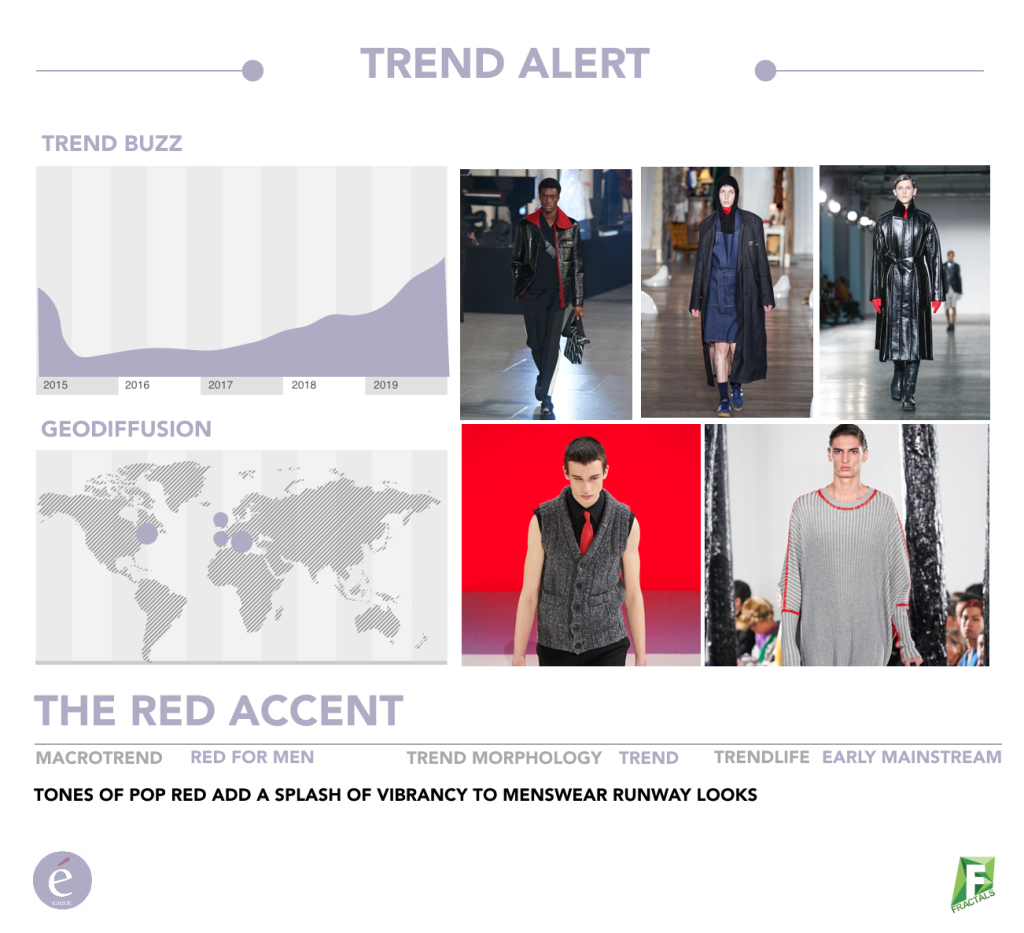 Do you want to know more about this and other menswear trends for the next season? Write us at info@fractals.it and ask us for a complete report!